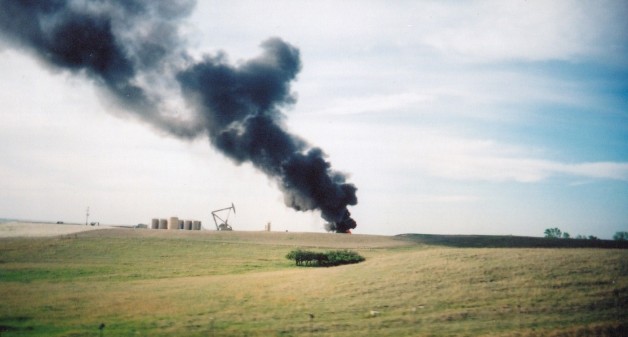 A four-part series on injuries and deaths in North Dakota’s oil country. Reported by 2 below zero’s Todd Melby and funded by a grant from the Fund for Investigative Journalism.

Two of the four stories in the series focus on the death of Dustin Bergsing, a 21-year-old man who mysteriously died at a well site near Mandaree, North Dakota. The series includes testimony from a former a Marathon Oil employees who alleges the company ignored safety warnings. At the time of his death, Bergsing, the father of a young child, was engaged to be married.