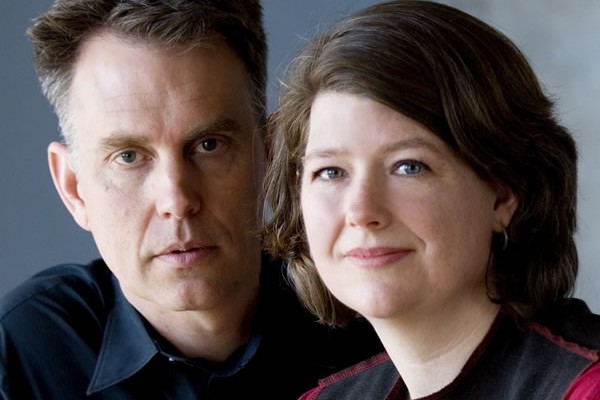 Winter 2020/2021: Todd wraps up work on A Lot Can Happen in the Middle of Nowhere: The Untold Story of the Making a Fargo, a book about the 1996 Coen Brothers’ movie. The book will be published by MNHS Press in March 2021 and is now available for pre-order at Indiebound, Bookshop, Amazon and Barnes & Noble. Diane is working on a creative nonfiction project.

Summer 2016: We Don’t Talk Like That: ‘Fargo’ and the Midwest Psyche begins airing on public radio stations. After its debut on Prairie Public, the documentary airs on MPR News, South Dakota Public Broadcasting, KUT, The Drunk Projectionist podcast and elsewhere.

March 2015: 2 below zero’s Todd Melby wins Minnesota Artist Initiative Grant to produce We Don’t Talk Like That: ‘Fargo’ and the Midwest Psyche. Combined with an earlier grant from the North Dakota Humanities Council, Melby and Richard get busy interviewing actors from the film and quirky Midwesterners about the cultural impact of the 1996 movie.

October 2013: Another win for Black Gold Boom, from the Online News Association http://bit.ly/1awP6DZ

March 2013: Todd Melby received a grant from the Fund for Investigative Journalism to continue reporting in North Dakota’s oil patch. In 2009, FIJ funded the completion of 2 below zero’s No Brother of Mine documentary.

January 2012: 2 below zero won a commission to document the “gold rush” taking place in western North Dakota. Funded by the Corporation for Public Broadcasting and the Association for Independents in Radio, this challenge—called Localore—was a fiercely competitive process in which 10 producers (from a total of 130) were selected to thrust public media into the next era.

This groundbreaking commission—called Black Gold Boom—pushes us in dynamic new areas. We’ll be working with some of the nation’s best digital media designers, news professionals and photographers/videographers to produce a robust, multi-faceted series of stories to appear online, on radio, on TV, in print—even, thanks to a public art component, on the storefronts of small-town North Dakota. Our local partner is Prairie Public Broadcasting. Keep an eye here for developments!

On November 17, 2 below zero received a resounding $3,750 in individual contributions from 42 donors during Give to the Max Day through GiveMN.org. Thank...read more →

You Gave to the Max

In November 2013, some 28 individuals contributed $2,845 to 2 below zero. Your support allows us to hit the road to tackle big projects like...read more →